"MICHAEL GERSON deserves extra pay, or something, for agreeing to spend half a day earlier this month discussing with journalists a subject of some controversy--"Religion, Rhetoric, and the Presidency." If anyone was qualified for such a task, it was Gerson. He is President Bush's chief speechwriter, knows the president's mind better than anyone else in the White House (save perhaps Karl Rove) and--no small thing--shares the president's faith." [Link]

President Lukashenka stays unexpectedly quiet about events in Ukraine, while the most radical of his opponents sets a date for Belarus’ own revolution: 25 March 2006 [Tol].

Freedom House, a US-based organization that tracks the progress of political rights and civil liberties across the world, said Dec. 20 that Russia had fallen to the status of "not free" - far behind the democratic nations Moscow sees as its peers [Kyiv Post].

The EU has offered to begin membership talks with Turkey next year, with 3 October given as a start date [BBC].

Ukraine's parliament has adopted a package of electoral and constitutional changes and agreed to reshuffle the Central Election Commission in a compromise intended to defuse the nation's festering political crisis [CNN].

“There have been a dozen days of protests, with hundreds of thousandsof protesters and not one violent incident. Amazing”. Da National Review.

In the event of a new second round of voting, this is the way it would break down, according to the data:
Yushchenko – 53%
Yanukovich – 38%
Against both candidates – 4%
I don’t know – 5%
"The poll was held from November 25th to November 29th 2004 in 118 cities, towns and villages in all regions of Ukraine. Two thousand and thirteen people over 18 have participated. Error rate is no more than 2.3%. [Le Sabot Post-moderne]"

Ex-governor of the National Bank of Ukraine (NBU), and leader of the Working Ukraine party Serhiy Tihipko has proposed holding a new election as a compromise in the current political situation in the country [Interfax-Ukraine]. 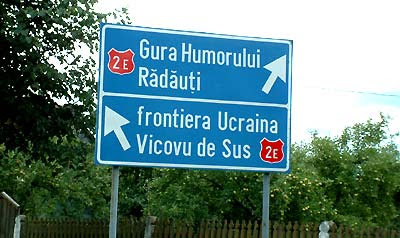 "With the Supreme Court of Ukraine attempting to settle the country's disputed presidential election and a majority of parliament having voted to invalidate the results, the tide is turning in favor of the contender, Viktor Yushchenko, the pro-Western candidate who favors democracy and liberal capitalism over corruption and dependence on Russia. This is good news for the United States, but as the Bush administration urges a peaceful resolution--most likely with a new election, which Yushchenko is expected to win--it needs to counsel the winner to act magnanimously and cautiously toward his opponents. Without this, the United States (and the West) could snatch the defeat of a deep political crisis, perhaps even a civil conflict and the country's break up, from the jaws of a democratic triumph".

"The revolution has been dubbed "The Orange Revolution," orange being the campaign color of Viktor Yushchenko. The demonstrators say they are tired of living under a corrupt government and in a corrupt society. They are totally convinced Yushchenko won the election and that the will of the people has been thwarted by the government and by Moscow. They intend to stand their ground until their victory is recognized in Ukraine and throughout the world".

"The outcome of the Ukrainian presidential elections could dramatically increase Moscow's influence in Eurasia. If former Prime Minister Victor Yanukovich (the Kremlin's preferred candidate) is elected, the Kremlin would virtually control the Ukrainian presidency. That would allow Russia to exercise greater geopolitical influence in Ukraine and would increase Moscow's political momentum in the rest of Eurasia".

Arnold Schwarzenegger and Nicolas Sarkozy, a slightly built pretender to the French presidency, would not seem to have a whole lot in common. But Sarkozy loves to compare himself with California's "Terminator" turned governor. Both are self-made men, he suggests, from foreign backgrounds with "a name that's difficult to pronounce." Sarkozy also likes to pose for magazine pictures that are consciously Kennedyesque. There's even a shot of his young son playing beneath his desk the way John-John once played beneath JFK's.

In fact, Sarkozy, 49, is reveling in his image right now as France's Mr. America.The contrast with French President Jacques Chirac, 72, could hardly be more striking, or more calculated. Chirac has self-consciously cast himself as Mr. Un-America since leading international opposition to the invasion of Iraq last year. Can Sarkozy take him out? [Newsweek]